Here are some classic examples of international marketing mistakes, arising from advertisers’ failure to see the product from the customers’ point of view.

The Vauxhall Nova car flopped in Spain.
In Spanish, “no va” means “does not go”.

General Foods’ cake mixes didn’t sell well in Japan.
In Japan only 4% of houses are big enough to have conventional ovens.

Ronald McDonald, the burger chain clown character was not received well in Japan.
The white face the West associates with the clown and comedy signifies death in Japan.

Sales of a certain brand of beer slumped in an African state when the manufacturers changed the shape of a can – it could no longer be adapted into oil lamps and storage containers.

The 2 litre Coke bottle was too big to fit into most fridges owned by Spanish people.

The Ford Pinto name could not be used in Latin America since “Pinto” there is slang for genitals.

‘Incubus’ wasn’t such a clever name for a women’s sports shoe introduced by Reebok in 1996. In mediaeval mythology, the demon Incubus ravished women in their sleep.

A beer advert, designed in New York, showing father and son drinking beer in the sunshine flopped in Africa.
In the African heat, anyone sitting out in the sun must be crazy. Hence the inference of a mad man’s beer.

The French soft drinks brand-name “Pschitt!” would not be acceptable in Britain.

The Rolls Royce ‘Silver Mist’ name did not appeal much to Germans, because in German, mist means ‘muck’.

A billboard advert for Persil showed simply three images: dirty washing, then the washing machine using Persil, then clean washing (in that order).
Sadly this was in an Arabic country where people read from right to left.

South Americans cannot believe that English people are driving around in Mitsubishi Pajero jeeps.
In South America, ‘pajero’ is a term of abuse (ie “w****r!”).

A roll-on deodorant stick from a foreign manufacturer had English instructions as follows: “remove top and push up bottom”.

When Japanese company Muji first entered the UK market, their clothes were too small for British customers.

“Turn it loose”, a slogan used by Coors beer, translated into Spanish as “gives you diarrhoea”.

David Parrish is a consultant, speaker and author on the subject of international business and marketing.

Please send further examples of international marketing mistakes to David Parrish at his offices in the UK. 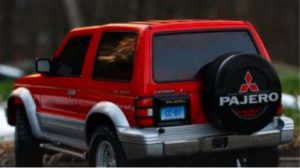