The other day I was advising a client about a trading name for a new creative enterprise and the registration of a trade mark. There was a danger that the name she had chosen could infringe the trade mark rights of another business – so she decided to choose a different word for her new brand.

Using a trading name without first checking that it is not already in use by another business offering similar goods or services can lead to a lot of hassle in the future. I know of several cases where businesses have been forced to change their name because of a legal challenge, which is embarrassing, to say the least. The worst thing is that the challenge tends to happen once the new business has become established, simply because the challenger simply doesn’t notice in the early days when your new company’s profile is still ‘under the radar’.

This is not just about registered trade marks, which are relatively easy to search using official registers (for example in the UK Intellectual Property Office online register of trademarks). A trading name can be regarded as an ‘unregistered trade mark’ and defended by its owner against other people using it. You could be accused of ‘passing off’ your business as theirs: in other words, trading on its reputation and/or taking business away from them because the public could be confused into thinking that your business is connected to theirs.

There was a story about BSkyB trying to stop Skype from continuing to use its name because the first three letters spell “sky” according to this article.

It’s a reminder that trading names and trade marks can be a complex legal area, so it’s best to take professional advice from a trade mark attorney if in doubt.

As a general rule though, the safest trading names to use are totally new words because nobody has used them before – in any context. The KODAK® trade mark is often quoted as a great example of this because the word ‘KODAK’ was invented, its pronunciation is unambiguous, it has no meaning in English (and, as far as I know, doesn’t mean anything silly or offensive in other languages!).

So if you are choosing a trading name for a new business venture, think creatively!
If Google can’t find any references whatsoever to your proposed name then it’s a good start!

Intellectual Property is one of the business issues covered in the book ‘T-Shirts and Suits: A Guide to the Business of Creativity’, which is also available online as a free eBook.

Copyright © David Parrish. This article was first published on the MyCake Blog. 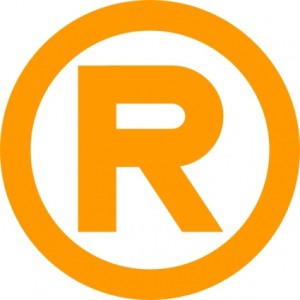