David was a speaker on creative entrepreneurship at a Colombian Orange Economy conference in Bogotá. The International Forum “Territorios Innovadores” focused on the development of the Colombian orange economy and creative industries.

David spoke about “Preparing Talent, Creativity and Entrepreneurship for BioDiverse Cities” using his international experience of business support programmes to help creative entrepreneurs to become more successful. Through these projects, creative buisnesses have grown, created jobs and exported their goods and services.

In his speech to help develop the Colombian Orange Economy, David referred to projects such as the Creative Growth Initiative in Liverpool UK, the Generate Programme in Ireland, plus examples from Serbia, Kenya, Ukraine and many other countries in which he has worked supporting the creative economy.

David said:
“The key to developing BioDiverse Cities is to combine the creative talents of the Colombian people with smart business thinking; to embed a culture of creative entrepreneurship at the grassroots level. In this way, we can grow a strong creative economy throughout Colombia, in ALL the cities and towns and villages. This new economy will be more durable, less fragile, and here for the long term.
This creative economy will be less dependent on foreign investment, the whims of multinational corporations, and the economic cycles of other countries. It will be our proud legacy to bring about a positive, profound and irreversible change in the Colombian Orange Economy.”
“I am here in Colombia to share with you the secrets of how to build such an economy of BioDiverse Cities. I am here to share with you my experience of doing exactly this in the creative industries – the Orange Economy.
I have been involved in building stronger economies in my own country, the United Kingdom, and in many countries around the world. Countries as diverse as Kenya, Azerbaijan, Bosnia and Herzegovina, Belarus, Ireland and Vietnam.”

David is an Orange Economy speaker working in Latin America and world-wide. 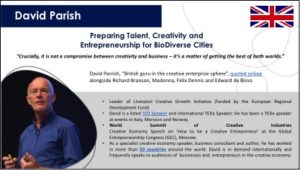 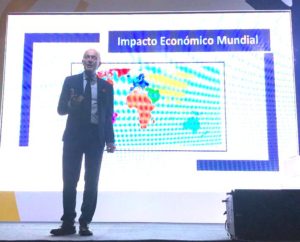 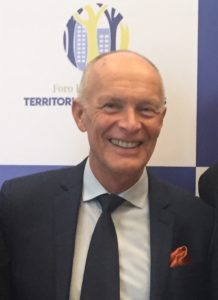 David is an Orange Economy speaker at conferences and other events in Latin America, the Caribbean and around the world. He brings his international experience of new business models in the orange economy to audiences worldwide. David’s keynote speeches, presentations and workshops inform and inspire both creative entrepreneurs and policy makers in the orange economy.